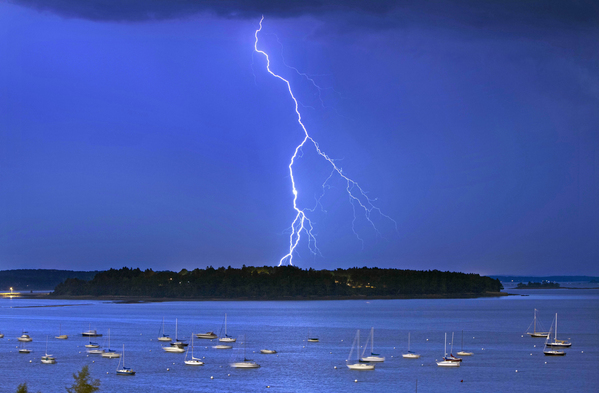 Birth Of A Lightning Bolt Caught On Camera

It is safe to assume that you saw lightning many times in your life, but not many can say that they actually witnessed the birth of an individual lightning bolt. Just three years ago, two electrical engineers by the names of Oscar van der Velde and Joan Montanyà, both belonging to the Polytechnic University of Catalunya, located in Barcelona, Spain created a rig with a high-speed camera and set it up in the Ebro Valley. This valley is located in the northeastern part of Spain and they choose a time when it was in the middle of a huge thunderstorm with plenty of lightning. Then, they filmed the storm and its spectacle of light in a recording setting that uses super-slow motion. In the visual mix of flashes inside of the clouds and bolts hitting the ground, the pair way able to record something that is truly rare: a bolt of lightning forming outside of a structure of a cloud.

The footage they made, followed by a detailed description, was published in Nature’s Scientific Reports last Friday.

The video clip in question lasts about 32 seconds, but it shows an event that lasted just 25 milliseconds in actual reality. The two white lines that can be seen at the beginning of the clip are called charged lighting channels and they extend from the clouds located above. In the first second, or 0.09 milliseconds in reality, the same path, made up out of the ionized air which is called a “leader” is created, and it is located at the very end of the channel of lightning at the right of the footage. As its individual branches begin to form and extend in an outward direction, it gradually comes into direct contact with the charged channel located to the left of the screen. This happens at seven seconds of the footage or 6.1 milliseconds in reality. At this point in time, the air’s electrical resistance brakes down and this is followed by a flash of energy that occurs between these channels. This flash of electrical energy is the actual lightning bolt.

Thanks to van der Velde and Montanyà, this rare and definitely electrifying footage is a great reminder that any lighting storm is exceedingly dangerous and that when one of these occurs, it is always the best course of action to seek safe grounds and a shelter.