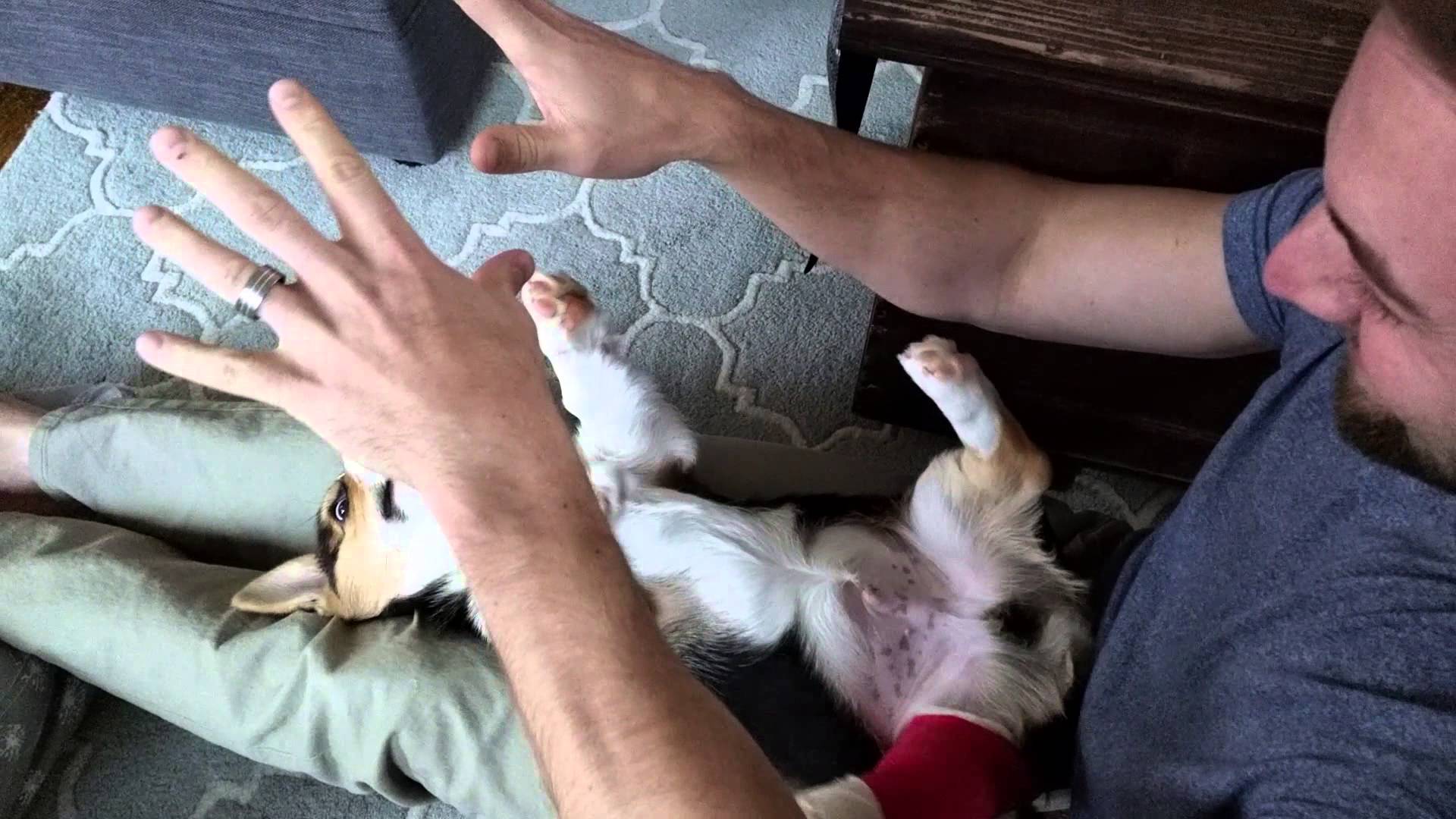 Sir Archer the corgi does his best impression of the Surprised Kitty!

There are few things more adorable than a dog imitating what it sees a person doing. Sir Archer, a tiny little corgi puppy, has made it a two-in-one act. Not only does he imitate what his owner is doing, he is also doing a great imitation of ‘Surprised Kitty’.

Lying comfortably on his back on his owner’s lap while his wife records them, Sir Archer is having his neck rubbed. His owner rubs for a few seconds, then throws his hands up above Sir Archer’s head, fingers spread. Sir Archer does his best imitation of this, throwing his four little Corgi legs far apart to look like a shaggy black and white starfish.

This happens over an over again and the wife can’t help but giggle at Sir Archer’s cute antics that seem uncannily like what ‘Surprised Kitty’ was doing in the video that took the internet by storm some time ago.