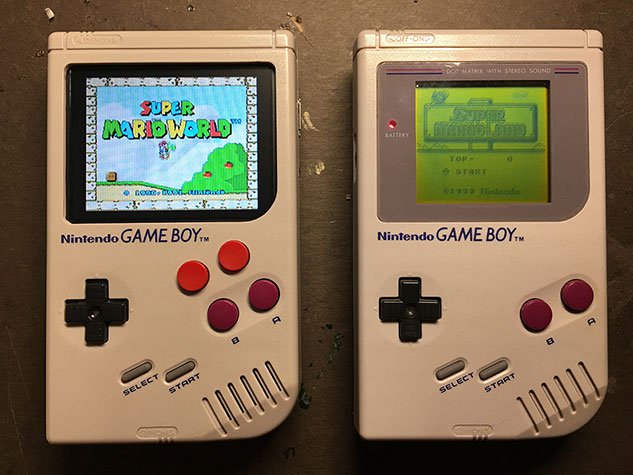 Thanks to one rather inventive modder, we now have what is probably the coolest Game Boy on the planet one that is capable of playing Game Boy, Game Boy Advance, NES, SNES and Sega Genesis titles in full colour.

The concave buttons were nabbed from a donor NES controller and feature internal button pads made out copper tape. 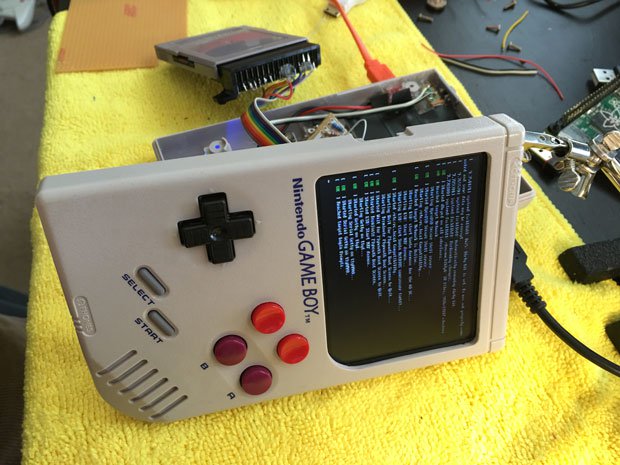 Inside the actual shell of the Game Boy youll find a Raspberry Pi board running Emulation Station, a lithium-ion battery and USB charging.

Also include is a full color display, which replaces the originals 2-bit, gray-scale reflective STN LCD. 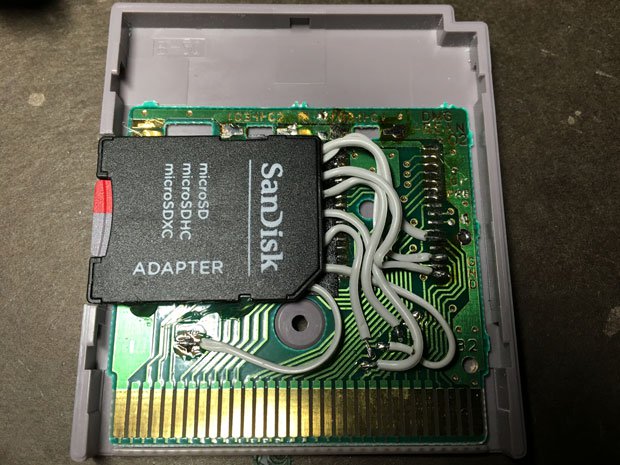 Wermy cracked open an original Game Boy cartridge and installed a micro SD to SD adapter, which is soldered onto the original traces of the internal circuit board.

The end result is quite a sight to behold and should bring back plenty of memories for those that grew up with not only the original Game Boy, but also NES and SNES consoles.