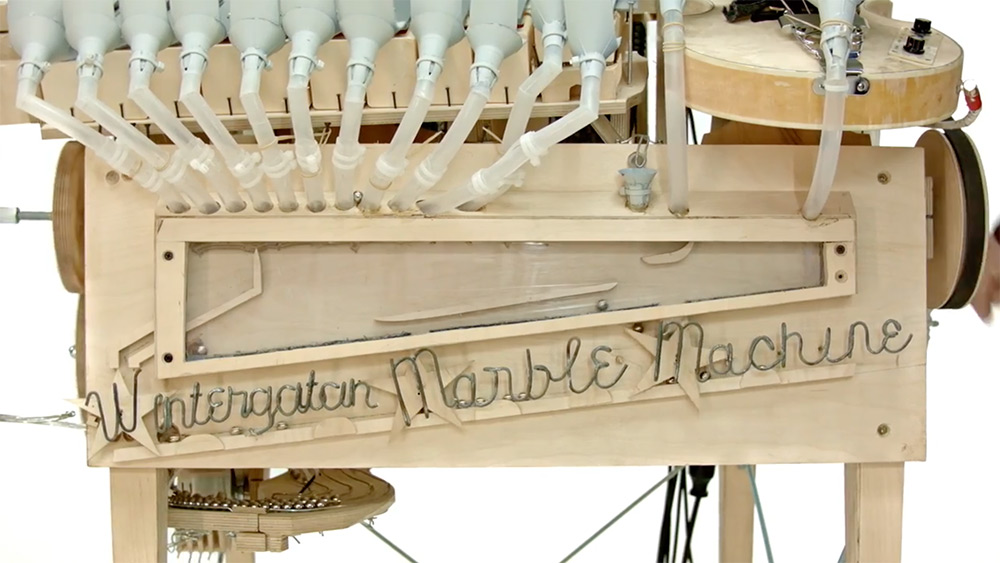 Going Analog, This Music Machine is Powered by 2000 Marbles

Swedish musician Martin Molin loves working with instruments like the glockenspiel, traktofon, or Theremin. He has topped his musical mastery with the invention of his own instrument: the Wintergatan Marble Machine

At a time when music is digital and everything is electronic, it’s refreshing to see something that is so simple, yet so very complex. The Wintergatan music machine does just that. It was created by Swedish musician Martin Molin. The Wintergatan is a hand-made music box that powers a kick drum, bass, vibraphone and other instruments using a hand crank and 2,000 marbles.

The machine has to be seen to be believed. It is composed of dozens of beautifully carved wooden parts, tracks, pulleys and funnels that collect and reroute spent marbles.

“The marbles, you know, they behave like water. The nature of water is that it just breaks through everything. After 100,000 years it can make a hole in stone. The marbles act like that.”

Molin began working on the marble machine in August 2014 and hoped to spend two months on the project, but its complexity soon spiraled out of control. In all 3,000 internal parts had to be designed and fabricated by hand, which ended up taking 14 months.