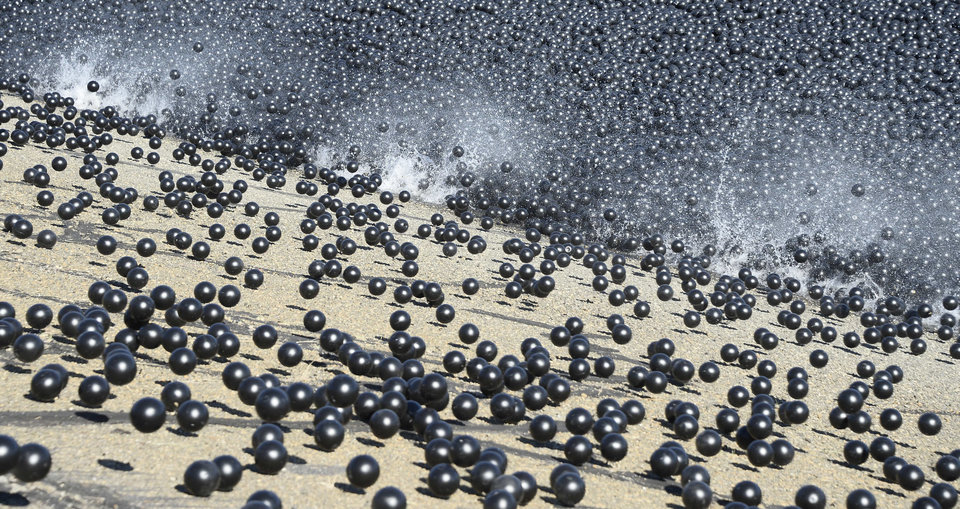 2015 Was an Amazing Year for Science and Technology

From robots to space travel, 2015 was an incredible year for science and technology.

Top of the year lists are one of my favourite parts about December. From robots to space travel, 2015 was an incredible year for science and technology.

In order, as seen in the above video:

1. Scientists invented shade balls to conserve water during droughts. The black, plastic spheres, partially filled with water are part of a project to protect the Los Angeles region’s water supply from contaminants and evaporation. These balls cost 36 cents each to make, and prevent the evaporation of 300 million gallons of water each year.

2. Thirsty concrete was invented to protect drivers during floods. The concrete that is capable of absorbing up to 4,000 liters (1057 gallons) of water in the first minute of flooding. The high-tech concrete works by having a permeable layer on top, which allows water to drain through a matrix of large pebbles and then down into a loose base of rubble beneath.The water is then fed into a drainage system that’s connected to groundwater reservoirs.

3. Doctors created revolutionary trauma foam that could save lives. A first-of-its kind technology, trauma foam is designed to slow the rate of internal bleeding long enough for a patient to reach a hospital and receive a life-saving operation. The foam is injected into a patient’s abdomen in two doses. This results in a chemical reaction that makes the foam to expand and apply pressure to temporarily stop internal bleeding.

4. Doctors returned feeling to paralyzed man’s legs. A freak accident left a man paralyzed after a women who had jumped from a building landed on him. Doctors acted quickly, realigning his spine in surgery. Essentially, through performing surgery quickly, doctors were able to prevent tissue damage and take pressure off the spinal cord allowing the man to have feeling in his legs soon after the trauma.

5. Nasa found water on mars. Using an imaging spectrometer, researchers were able to detect evidence of hydrated minerals on slopes where mysterious streaks are seen on the Red Planet.

6. Nasa found a planet so similar to ours it’s called “earth 2.0”. NASA’s Kepler mission confirmed the first near-Earth-size planet in the habitable zone (the area around a star where liquid water could pool on the surface of an orbiting planet) around a sun-like star.

7. Teens developed a smart condom that can detect STIs. The condom contains an indicator that changes color depending on what kind of bacteria is present. The condom can detect sexually transmitted infections such as chlamydia and syphilis.

8. Tesla introduced us to giant solar battery that can power homes. One of the difficulties of solar power is that users are not able to store the energy for later use. Through the production of a rechargeable lithium-ion battery, using the same technology that Tesla uses for its electric vehicles, they have solved this major problem associated with solar power. The device would allow consumers to independently power their homes and could bring energy to remote areas that are not on a power grid.